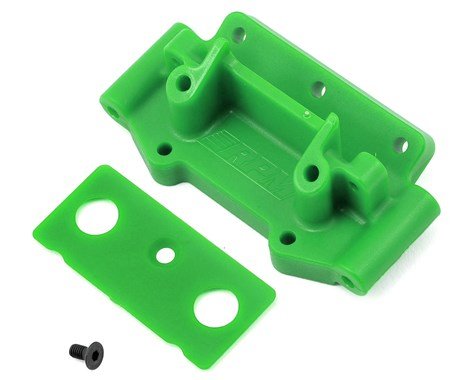 The RPM Traxxas 2WD Front Bulkhead for 1:10 scale Traxxas 2wd vehicles is the ultimate in design, strength and durability. RPM engineers reviewed the stock front bulkhead and found something curious. The stock front bulkhead does not sit flat, which can seriously affect suspension settings and adjustments! The RPM Front Bulkhead sits flawlessly level, meaning your front kick angle and A-arm angles will be perfect, providing a superior platform for precise suspension adjustments.

Each RPM Front Bulkhead is built from RPM's bulletproof blend of engineering grade nylons, made right here in the USA and comes with their limited lifetime warranty against breakage. If you want strength you can count on and engineering you can trust, look no further than RPM!