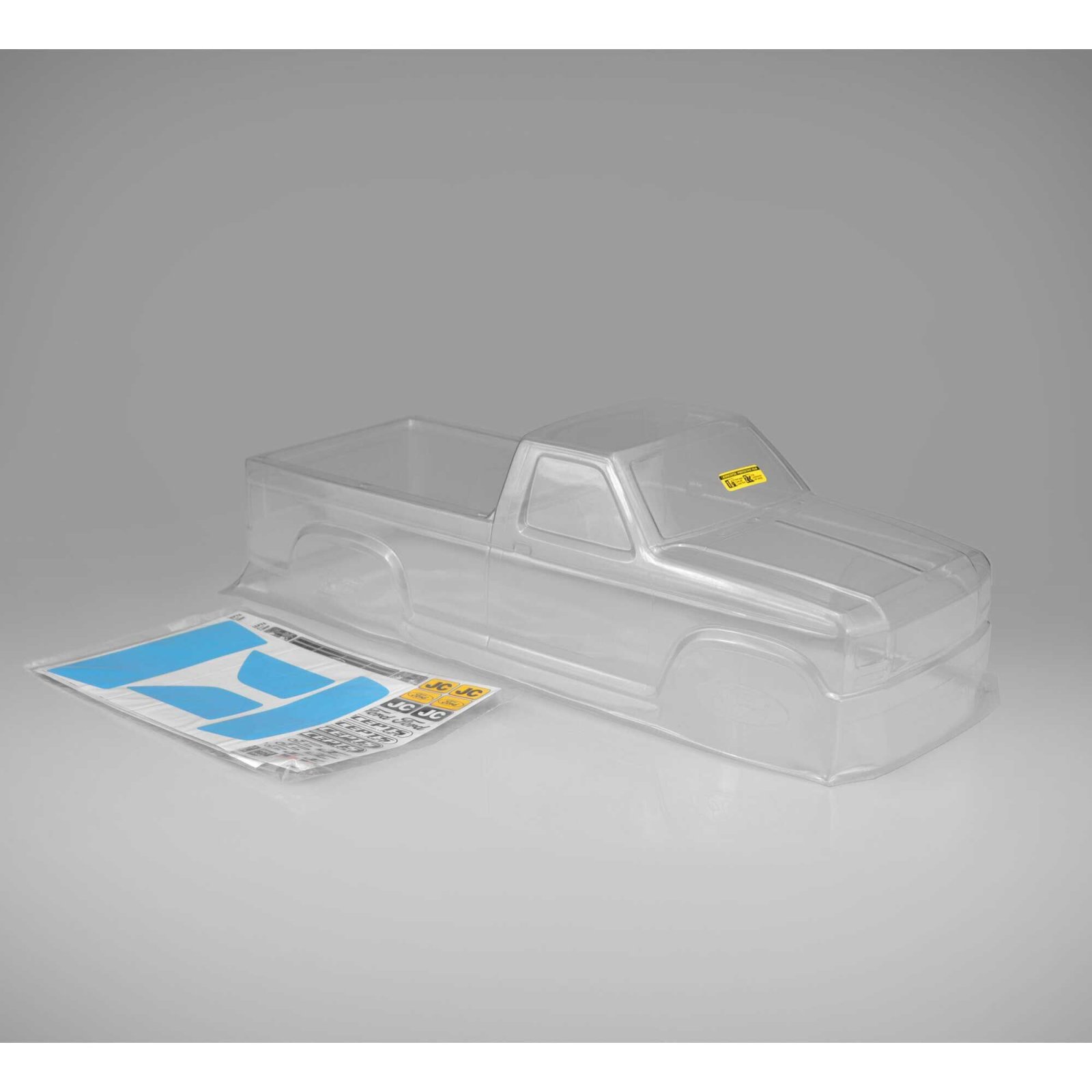 One body style reigned supreme in the early days of monster truck racing. From the first official side-by-side competition, the built Ford tough, 1984 Ford F-250 was a force to be reckoned with. Distinguished by its squarer look, sharper lines and flatter panels, this style truck was designed with improved efficiency in mind; something that only became more important over the life-span of the product.

Considered to be the last of the "classic" Ford trucks, the 1984 model screams 80’s style and features a Ford oval (by decal) placed in the center of the grille. The square body trucks from this generation are just plain mean and with the single cab design, long bed and flat body panels, tradition was an important part to the JConcepts design team. The Ford bloodline runs deep with the hard body lines running horizontally top and bottom which helps to create a rigid panel. The front windshield is large and in charge and offers the scale driver a clear view of the road ahead.

The JConcepts manufactured body measures 7.25” width and built for a 13” wheelbase truck. The body is carved with traditional rectangle arched wheel wells but can be trimmed larger for jumbo tires such as the Renegades and Firestorms, found on the typical RC monster truck. The JConcepts product includes a clear body shell, paint mask for all windows and detailed Ford and JConcepts logo decal sheet. As always, each body set is backed with JConcepts customer support and racing heritage.